DALLAS, Feb. 1, 2018 /PRNewswire/ -- Match, the world's largest relationship company, today released findings from its eighth annual Singles in America study – the nation's largest, most comprehensive annual survey of 5,000+ single people living in the U.S. The 2017 survey captures surprising data and trends on shifting gender norms, the evolving rules of casual dating, the complications presented by technology and social media, as well as attitudes about love, sex, and relationships across generations.

"Singles are fundamentally redefining courtship in healthy and creative ways," says Dr. Helen Fisher, biological anthropologist and Chief Scientific Advisor to Match. "Some hang out for months before they kiss; some hop into bed immediately; and many begin with the traditional first date. Courtship is expanding--and all these tactics are proving successful for launching love. Moreover, the first date is taking on important new significance: where it used to be just a casual look-see, now the first date often signals the official beginning of a romance. And singles want to define every step toward love--with a host of new rules on social media. Most exciting to me, 72% of singles would date 'across the aisle.' For most singles, romance is more important than politics. I'm not surprised. The human brain is built to love."

Key takeaways from this year's study include:

THE FUTURE OF DATING

Today, more than half of U.S. singles have tried online dating or dating apps. In fact, in 2017, the internet was the #1 place where singles met their last first date.

Friends? Sex? First Dates? Three paths to romance: Today's singles are looking for something serious (69%) and they have an array of ways to get there. 1) 40% build the friendship first, known as hanging out, where they skip the sex and haven't gone out on an official first date. 2) 55% of singles have had a Friends with Benefits relationship. 3) 44% of singles have gone out on an official first date.  And many singles pursue a combination of all three strategies at one time or another.

Hanging Out: "Hanging out" has become a new path to find companionship and 29% of singles who have been hanging out with someone has had that relationship turn serious.  Many singles believe that a wider array of behaviors are appropriate when hanging out than when on an official first date, including:

The First Date. 44% of singles went on a first date in 2017 and today, there's new significance placed on this occasion. Singles have stricter rules about what is appropriate on an official first date compared to when in a Friends with Benefits relationship or Hanging Out, including:

New Etiquette on Social Media: Nearly two-thirds of singles use social media at least once a day, although women use it more than men (72% of women; 59% of men). But there are rules emerging:

At a time when there's increased focus to respecting boundaries and paying closer attention to what people want, new data explores how the modern single can become a more conscientious dater.

What women say is appropriate on a first date: On a great first date, 94% of women want their date to compliment her appearance, to be waiting for her when she arrives (90%), to hug her (82%), kiss her on the cheek (71%) and insist on paying the bill (91% of women approve of this however 45% think it's appropriate to split the bill).

What women say is NOT OK on a first date: Checking your phone regularly on the first date is the #1 turn-off for women with only one in 10 women thinking this is appropriate, while 1 in 4 men think this is OK. Other turnoffs include:

What makes good sex? "Americans are having long overdue conversations about people's diverse sexual lives, respect, pleasure, and consent," says Dr. Justin Garcia, gender studies endowed professor and research scientist at The Kinsey Institute, and Scientific Advisor to Match. "Singles of all ages, sexual orientations, races, ethnicities, and genders report that an enthusiastic, caring, and communicative partner are the key ingredients for a pleasurable sexual experience, which further emphasizes that affirmative consent and mutual respect and engagement is paramount to good sex."

Good (Consensual) Sex: Regardless of gender or sexual orientation, 83% of singles regard a caring partner and enthusiastic partner as the top ingredients of good sex, followed by communication (78%), being a good kisser (76%) and achieving an orgasm (75%).

It Gets Better Over Time: The best age for sex? Single women are having the best sex at age 66 and Men at 64.

Bad Sex Bell Curve: Satisfying sex rarely happens spontaneously. So while 14% of singles say bad sex during the first time is a deal breaker, the majority of singles expect partners to develop "good sex" after a few rolls in the hay. However, women are 70% less tolerant of bad sex than men.

Love Trumps Politics: Even in this intensely-charged political climate, singles put love first. The overwhelming majority of singles (72%) would cross party lines to date. And only 10% of singles view being a Republican as a deal breaker while only 5% regard Democrats as a no-go.

How'd You Vote? It Doesn't Matter: In 2017 singles were more apathetic about a partner's voting habits than they were in 2015, before President Donald Trump was elected. This includes a potential partner who:

Political Civility...Coping with Different Views: In 2017, the largest percent of singles (45%) said they would try to understand the other's perspective; 26% of singles changed the subject; or politely told their date they didn't agree (41%). Only 5% of singles would leave immediately.

Don't Ask, Do Tell: 54% of singles think the current political climate makes it more important to find out about a potential partner's overall political views. But when it comes to the first date, less than a quarter (23%) are willing to ask. Only 16% of men and 18% of women think the current political climate makes them more likely to talk politics on the first date. Most avoid hot button topics--suggesting that, for singles, love trumps politics.

About Singles in America
Singles in America (SIA) was funded by Match and conducted by Research Now in association with renowned anthropologist, Dr. Helen Fisher and evolutionary biologist, Dr. Justin R. Garcia of The Kinsey Institute at Indiana University. The 2017 study is based on the attitudes and behaviors taken from a demographically representative sample of 5,009 U.S. singles between the ages of 18 to 70+, and remains the most comprehensive annual survey of single Americans. For more information, visit www.SinglesinAmerica.com.

About Match
Founded in 1995, Match was the original dating website and pioneer of the online dating industry. Today, more than 20 years later, Match operates leading subscription-based online dating sites in 25 countries, eight languages and five continents and is responsible for more dates, relationships and marriages than any other website. Match is an operating business of Match Group (Nasdaq: MTCH) and is headquartered in Dallas, Texas.  For more information, visit http://www.match.com. 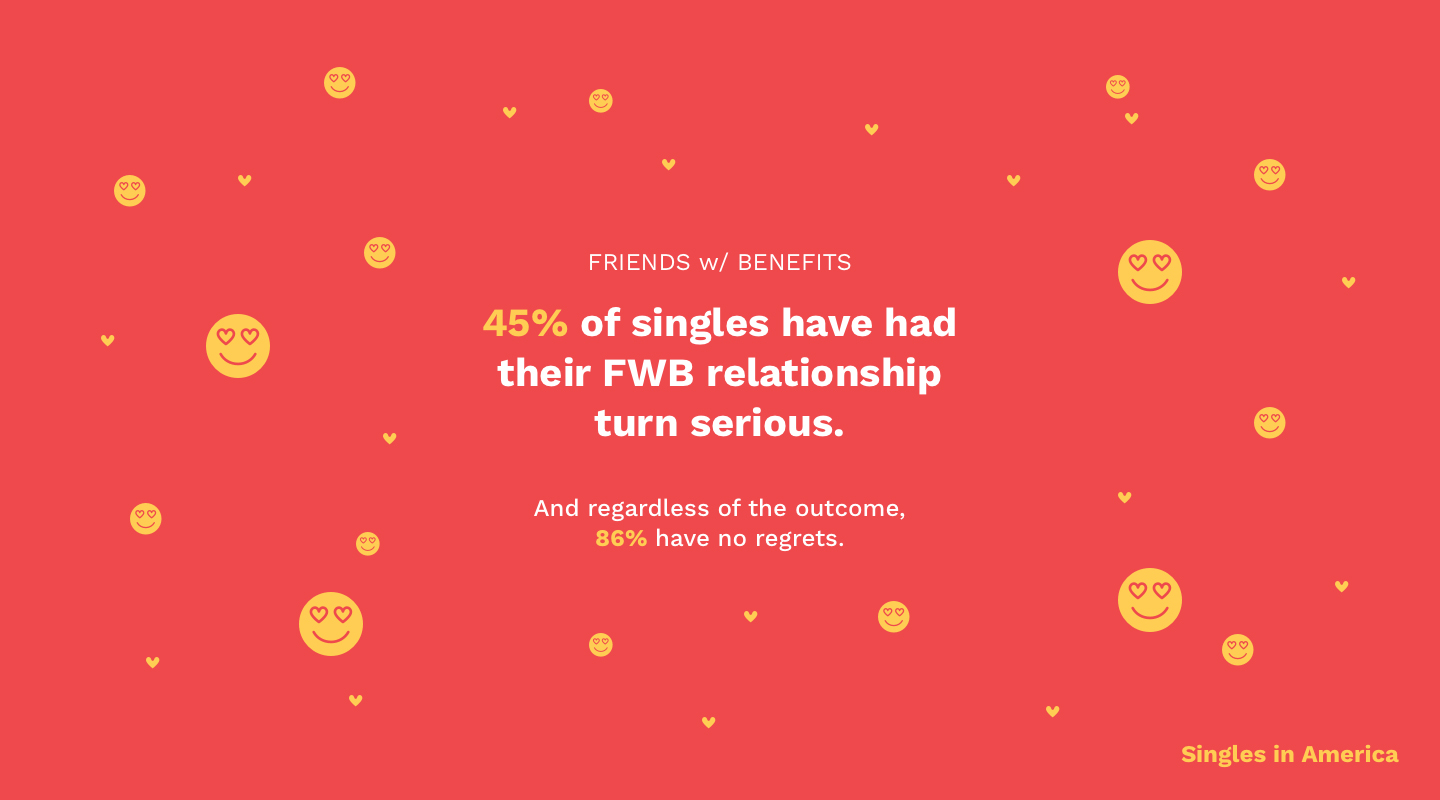 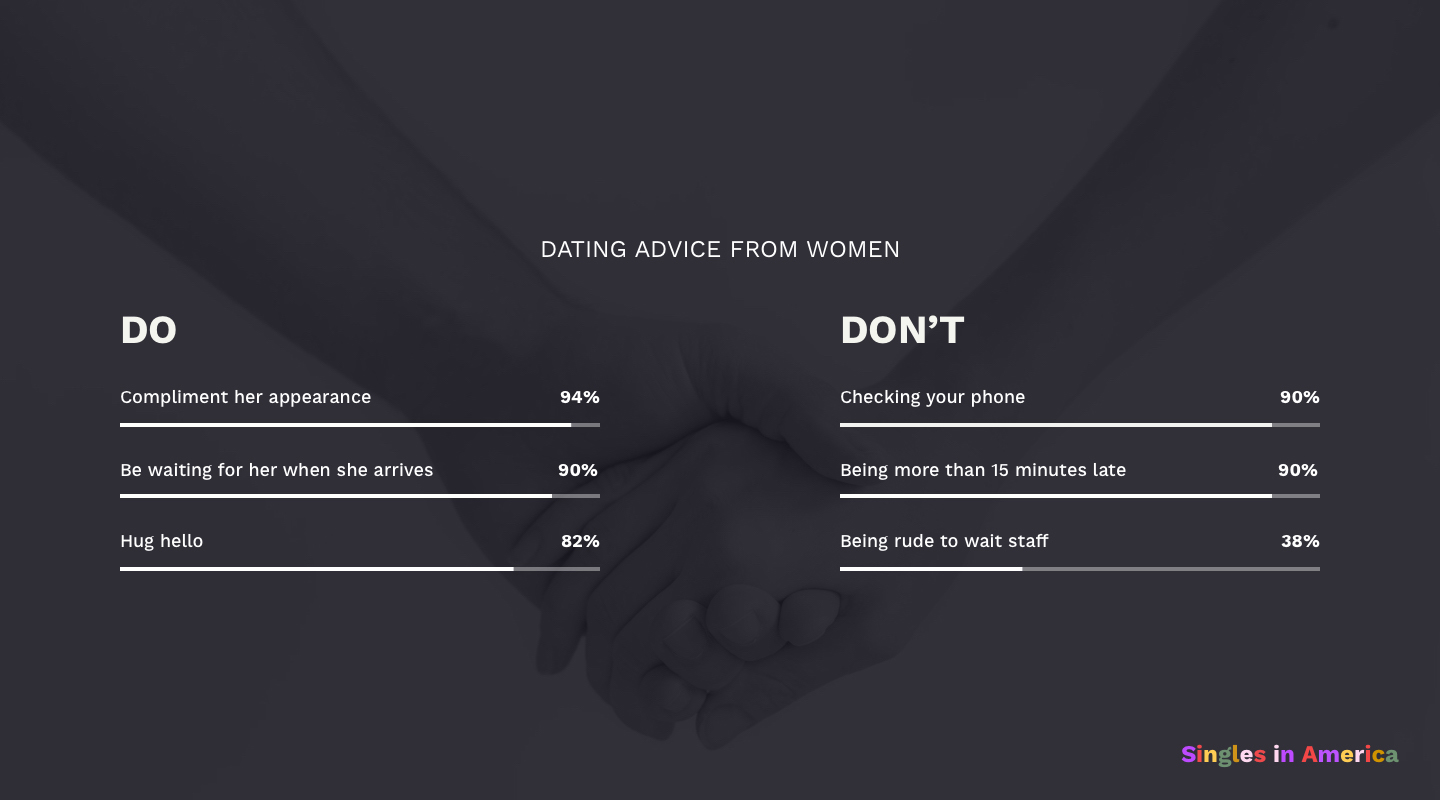 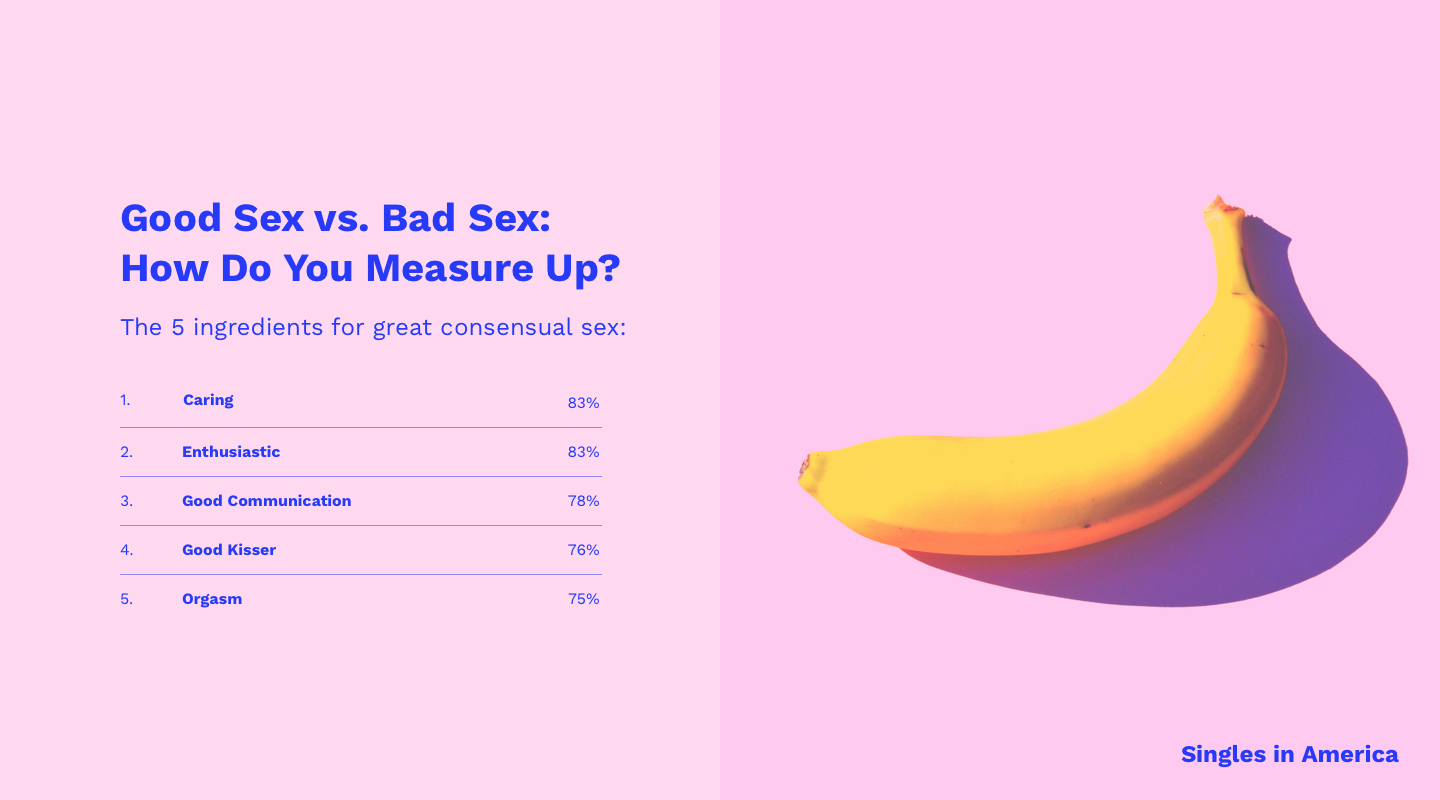 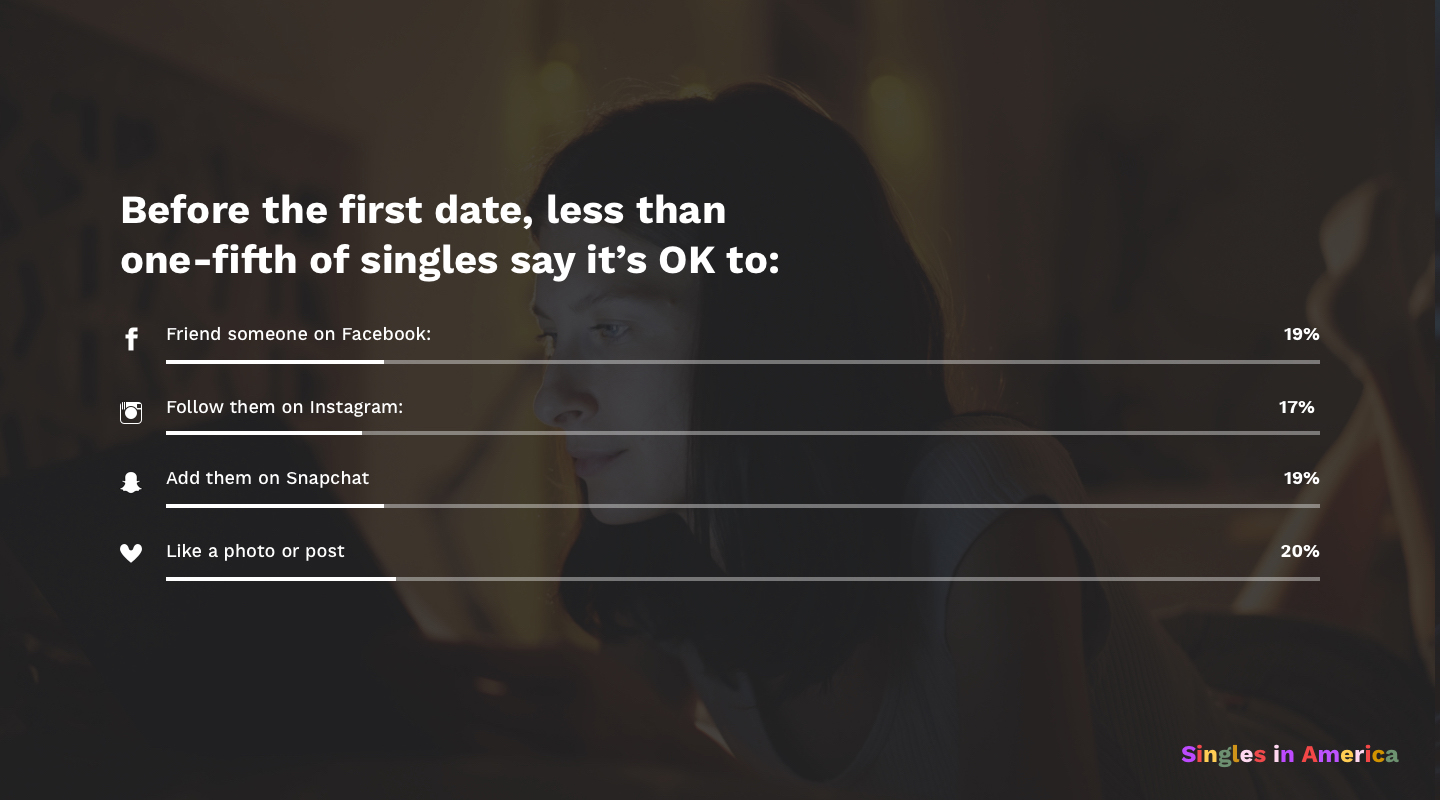 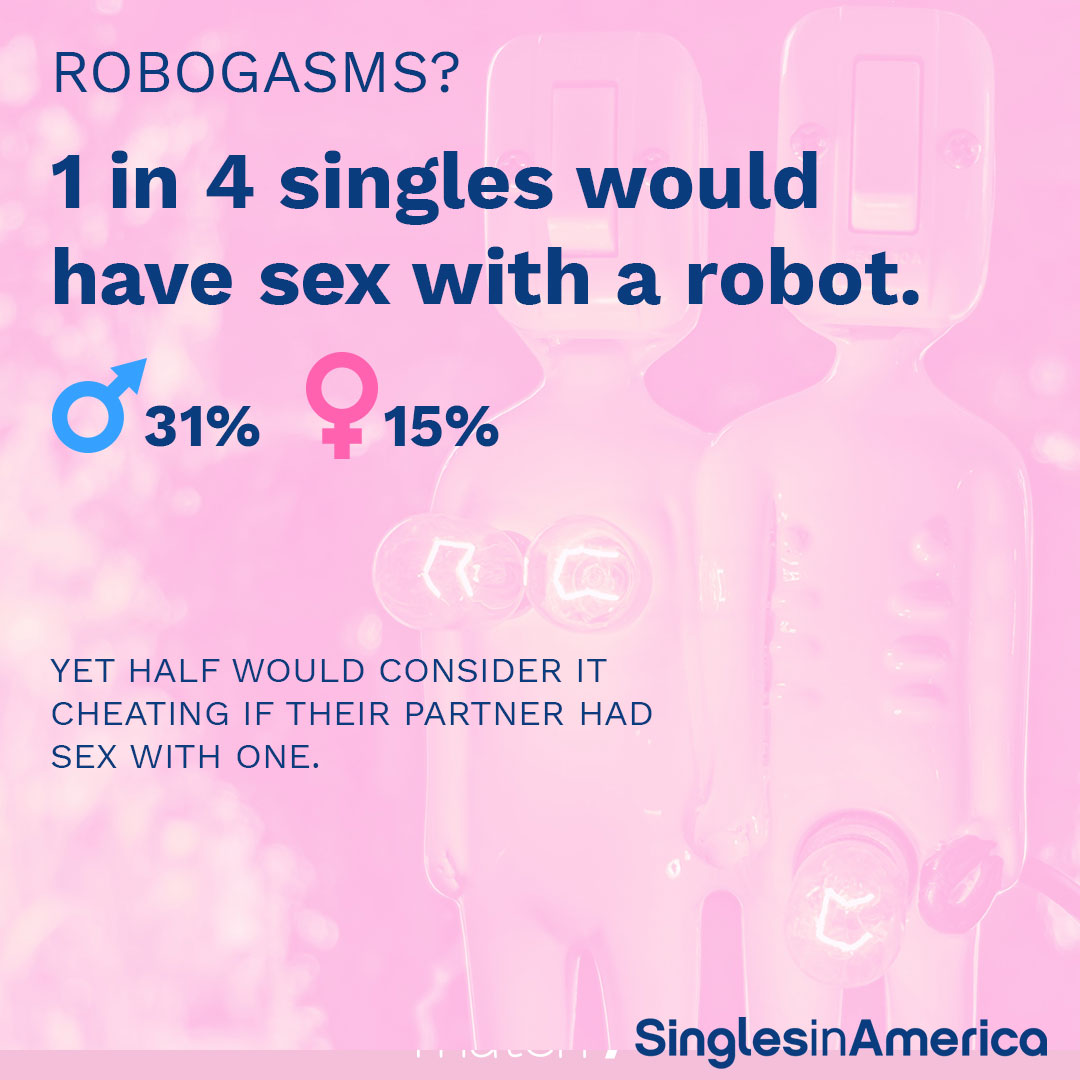