DALLAS, Feb. 5, 2014 /PRNewswire/ -- Match.com, the world's largest online dating site, today released findings from its annual 'Singles in America' study -- the most comprehensive national study of single Americans.  Now in its fourth year, the report illustrates the ways in which singles of all ages are leading the way toward more intimate partnerships and dramatically altering traditional beliefs about sex, love and attachment.  For the first time, the study also examines the significant impact of singles on the economy and how much they spend on their dating lives.

To view the multimedia assets associated with this release, please click: http://www.multivu.com/mnr/65470-match-dot-com-singles-in-america-fourth-annual-study-on-singles

"It's thrilling for me, as an anthropologist, to dig deep into singles' collective psyche with this annual survey, and watch singles of all ages lead the way toward a less prejudiced society," said Dr. Helen Fisher.  "Men are far more loving -- and committed -- than most believe. Women are galloping toward self-expression and independence. Older people are still 'hip.' New sexual and social taboos are emerging. And both sexes are entering new relationships slowly -- with the aim to make them last. Today's singles are forging new patterns of courtship and marriage in deeply humane and exciting ways. I'm genuinely optimistic about the future of romance, sex and partnerships."

Key takeaways from the 2013 study include:

FIRST DATES
First Dates are More Serious than They Appear: 51% of singles said they have imagined a future together while on a first date (56% men and 48% women).

First Dates Are Found Online: Meeting online is the number one way singles met their last first date (31%), ahead of meeting through a friend (25%). Singles are more than 3x more likely to have met their most recent first date online than through work (8%) or a bar/club (6%).

God, Government, and Ex-girlfriends: When out on a first date, both sexes agree that they would rather not discuss past relationships (72%), politics (62%) or religion (54%).

It's All about the Benjamins: Singles spend nearly $61.53 per month on dating-related activities, totaling approximately $738.36 each year per individual. With 111 million singles in the U.S., this amounts to some $82 billion annually.

Gay Marriage Progress Report: 65% of singles approve of same-sex marriage (61% of men and 69% of women), but 58% of gay men and 56% of lesbians say they're uncertain or do not want to get married at all.

Singles are Cautiously Optimistic about Marriage: 89% of singles believe they can stay married to the same person forever, but 36% of singles want a prenuptial agreement first (41% of men; 33% of women).

It's OK to Be Child-Free: 91% of singles approve of married couples choosing NOT to have children (88% of men and 94% of women).

Redheads Have More Fun! 44% of singles achieve orgasm 90-100% of the time while having sex with a familiar partner.  But who's having the most orgasms?

To Lie or Not to Lie?  21% of women and 23% of men have reduced or exaggerated the number of former sexual partners.  While men would prefer not to know how experienced their partner is (56%), 74% of men would be comfortable dating a woman who had had more previous sexual partners than they did themselves.

30 and Feelin' Flirty: More than any other age group, singles in their 30s had the most sex last year, are more likely to have had a 'Friends with Benefits' relationship (59%) and approve of sex before marriage (88%).

DO: Ask him out. 92% of single men are comfortable with a woman asking them out on a date.

DON'T: Be more than 15 minutes late. 35% of men and 39% of women believe you only can be up to 15 minutes late for a date, while 11% of singles think being late is always unacceptable.

"The single population is an incredibly influential and powerful part of our society, and we're committed to evolving America's understanding of the singles psyche and spawn further academic research," said Amarnath Thombre, President of Match.com.  "Now in our fourth year of Singles in America, we continue to gain an even deeper understanding of our audience, identify new dating trends and spot shifting attitudes about modern relationships.  We are especially excited to see online extend its lead as the #1 way to meet first dates, ahead of friends and work."

For additional detailed findings on what U.S. singles are looking for in sex, love and romantic partnerships, visit:www.SinglesinAmerica.com.

About Singles in America
Singles in America (SIA) was funded by Match.com and conducted by Research Now in association with renowned anthropologist Dr. Helen Fisher and evolutionary biologist Dr. Justin R. Garcia of The Kinsey Institute for Research in Sex, Gender and Reproduction at Indiana University.  The 2013 study is based on the attitudes and behaviors taken from a representative sample of 5,329 U.S. singles between the ages of 18 to 70+, and remains the most comprehensive annual survey of single Americans.  For more information, visit www.SinglesinAmerica.com

About Match.com:
Founded in 1995, Match.com was the original dating website and pioneer of the online dating industry. Today, 18 years later, Match.com operates leading subscription-based online dating sites in 25 countries, eight languages and five continents and is responsible for more dates, relationships and marriages than any other website.  Match.com is an operating business of IAC (Nasdaq: IACI) and is headquartered in Dallas, Texas.  For more information, visit http://www.match.com. 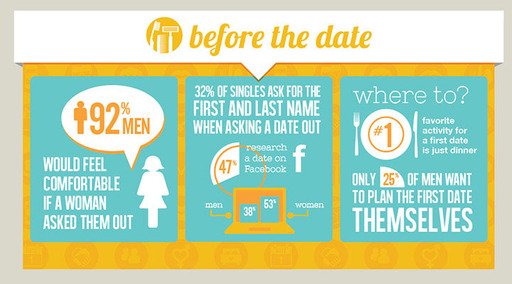 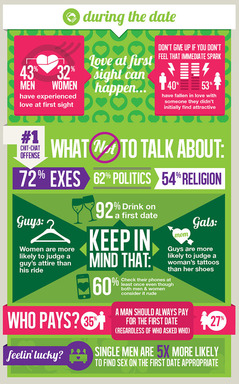 To view the multimedia assets associated with this release, please click: http://www.multivu.com/mnr/65470-match-dot-com-singles-in-america-fourth-annual-study-on-singles